**UPDATE: March 2014 show - including David Zaitlin's lecture - is cancelled due to weather-related complications**

Guest speaker: Dave Zaitlin
Topic: Adventures in Paradise: Sinningia Species in Brazil
When: Saturday, March 8, 2014 at 2 p.m.
Where: The Behnke Nurseries, 11300 Baltimore Ave, Beltsville, MD 20705 (on US-1, a couple of miles from I-495).
Cost: free
We are very fortunate to be welcoming Dave Zaitlin as a speaker at The National Capital Area Chapter of The Gesneriad Society's Show & Sale.  He will be sharing with us slides from his trips to Brazil in November 2011 and February 2013, traveling through Sao Paulo, Rio de Janeiro, and Espirito Santo states with Mauro Peixoto. His presentation will feature 14 Sinningia species, with a focus on the diverse forms of S. speciosa. Also included will be a special short presentation on another recent trip to an exotic gesneriad venue.

You may know of Sinningia speciosa by its former name, Gloxinia speciosa, or as Florist's Gloxinia, or simply Gloxinia. ("Gloxinia" still exists as a genus but the Florist's Gloxinia is not a Gloxinia any more.) You can read more about it at Sinningia & Friends, and see more photographs of varieties at the Gesneriad Reference Web. 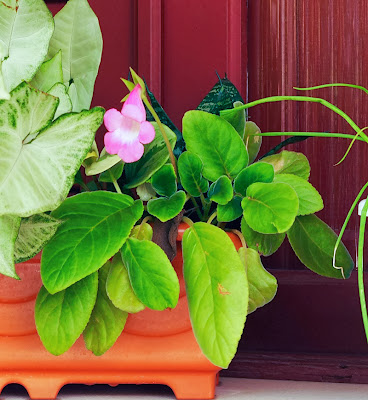 Pink-Flowered 'Gloxinia' on a Ledge

Dave also sent along this "bonus" photograph, which has to do with the mystery short presentation he'll also be including - no caption so you will have to guess! 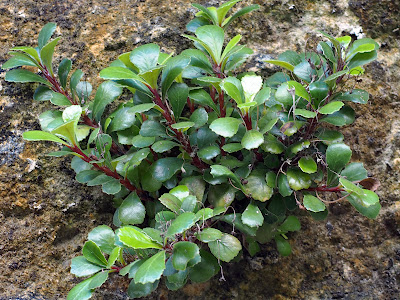