I vacationed in San Francisco during the last week of June. Of course, it was beautiful weather, low cloud cover notwithstanding. Even better was that half of my vacation involved touring the wealth of public gardens in the area. I know that the DC area is pretty darn competitive when it comes to amazing gardens, but it's still hard to come back to the east when there are still so many plants I don't own from the west.

I didn't end up acquiring any gesneriads from the west coast, but I did spot a bunch during my touring--although, just like last year's trip, I didn't spot as many as I would have expected. I missed the local chapter's annual plant sale by a few weeks, unfortunately.

I did spot some beautiful plants at nurseries and botanical gardens--but there were a lot more Agave and Aloe laying around.

I spent a good chunk of time looking for gesneriads planted in the Asia and South America sections at the University of California Botanical Garden at Berkeley, but I found only one Aeschynanthus sp. 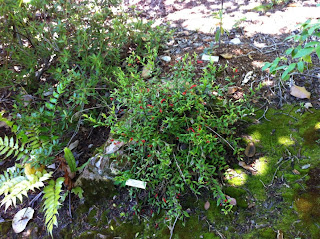 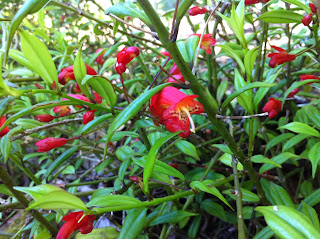 After Asia and while skirting South America, I discovered a horticulturalist in the Old Roses area. We started chatting, and within minutes he was proudly showing me an almost-flowering Sinningia tubiflora patch--well, no, it wasn't a patch, it covered almost an entire hillside. Turns out, the Sinningia tubiflora I have growing in my community garden plot comes from his collection. Small world! 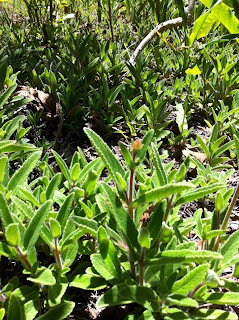 I didn't notice any other gesneriads, even though I followed the little stream through all of Asia and wandered through all the greenhouses. I didn't pick any up any of the gesneriads for sale at The Berkeley Botanical Garden, either, although I do think I got a nice haul. 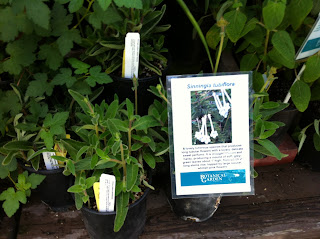 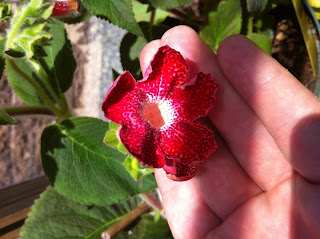 Kohleria 'Longwood'
At the San Francisco Botanical Garden, I spotted a couple more gesneriads. All were at the sales area that's new since my visit last year. There was a ragged Streptocarpus on a propagation table in the employees-only nursery area south of the succulent garden, but I didn't see any planted gesneriads--I didn't have time to go to all of the likely areas. 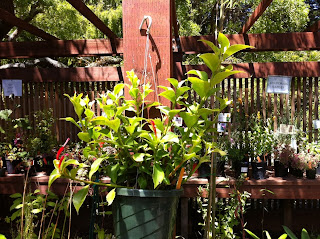 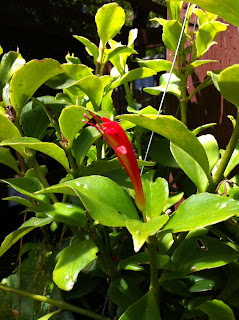 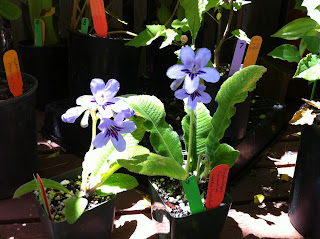 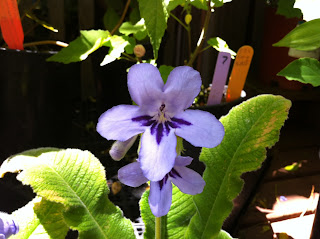 
Last in the post but first visited, Cactus Jungle, a cactus nursery in Berkeley, sported gesneriads for caudiciform enthusiasts: more Sinningia tubiflora, mostly. I spent almost as much time at this small nursery as I did at the San Francisco Botanical Garden--almost two hours, wandering back and forth in excitement looking at all the plants. I've decided I want a large Pachypodium at some point, but in the meantime, here are some gesneriads. 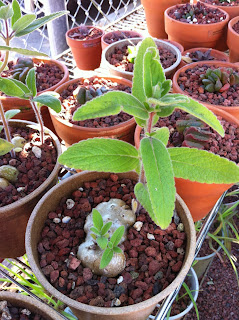 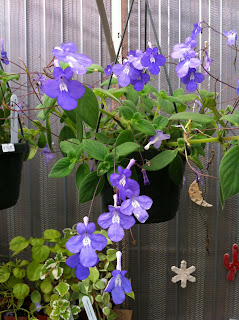 Streptocarpella saxorum in bloom. Smaller starter plants were available too.
Posted by DCgesneriads at 8:46 AM