Although I have recently moved to Saudi Arabia for a new job, I had previously committed to helping out at an event in San Francisco with my boyfriend. While on this working vacation in early June, the plant display racks outside of a hardware store drew me in like the proverbial moth to a flame. After a few weeks in Saudi Arabia, the diversity of plant life in northern California was amazing to me—I was almost salivating everywhere I went, and I had to constantly restrain myself from taking little propagatory bits of plants from people's yards.

The plant display at this hardware store was nothing incredibly special for the area—in fact, I had seen much better displays in the window of a closed nail salon near the hostel, with Echeveria priced at $1 for each huge floret and a giant tub for $10, for example. 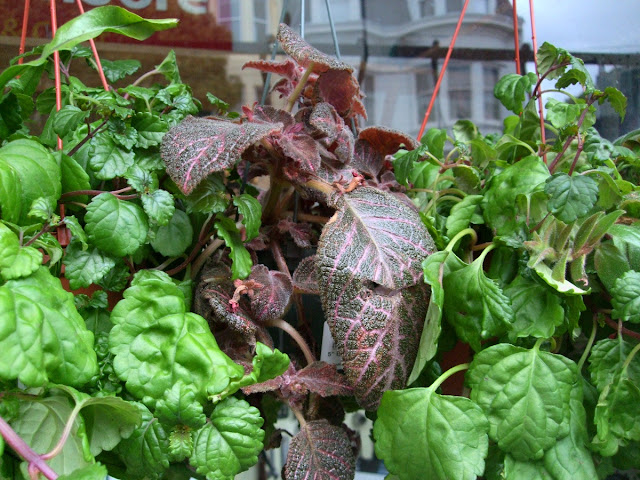 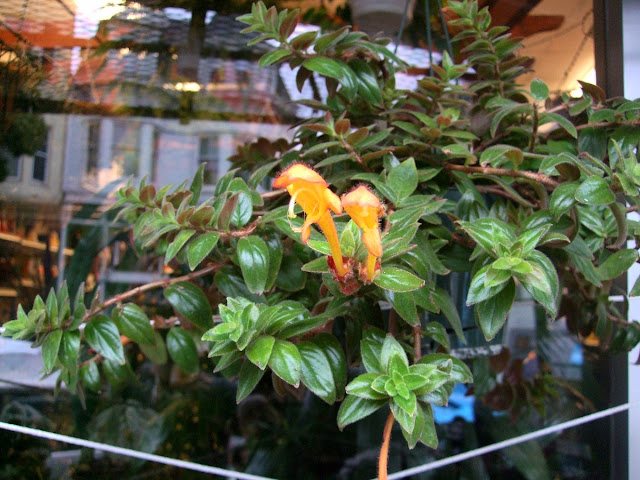 Maybe I'm biased toward gesneriads (that's misleading: I am biased), but I hope other hardware stores and plant centers in San Francisco treat these friendly, awesome gesneriads a little better! I imagine that many gesneriads could grow quite well in that area.
Posted by DCgesneriads at 7:10 AM