I recently harvested a couple of seed pods of (Sinningia ‘Li’l Georgie’ x self). 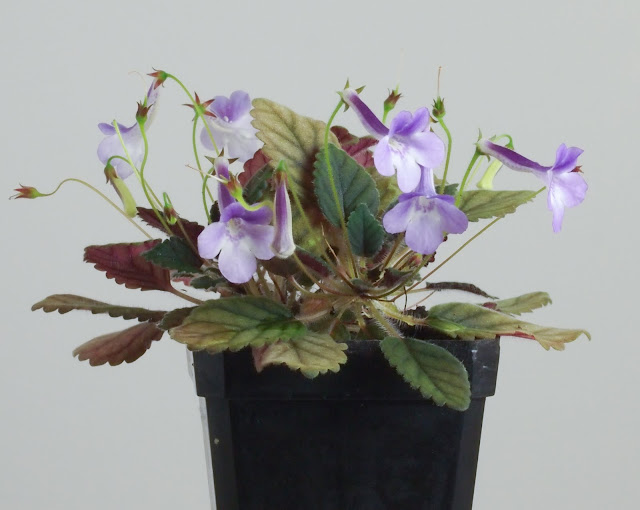 S. 'Li’l Georgie' is cross between musicola and concinna by Jim Steuerlein, and I got mine as a tuber at the Gesneriad Hybridizers Association meeting during The Gesneriad Society’s annual convention in 2009. People report it to be an easy and vigorous grower, and this has been true for me as well - a very easy and steady bloomer.

Having confirmed that the plant will set seed in my growing conditions, I had to decide what to do with the seed. For starters, I didn’t have many - only about 30 seeds total from two pods. I did a little Googling and saw on Sinningia & Friends that Jim Steuerlein was growing F2s, so I asked him how they came out and whether he thought it worth sowing the seeds.

Here’s some of what he had to say, and some photographs of his F2s:

There will be more variation than you might think. To put it another way, NONE of the F2's were exactly like Li'l Georgie.  I only have 14 F2s that have bloomed/survived, so my results are not definitive and growing out more F2s could produce even more interesting plants. 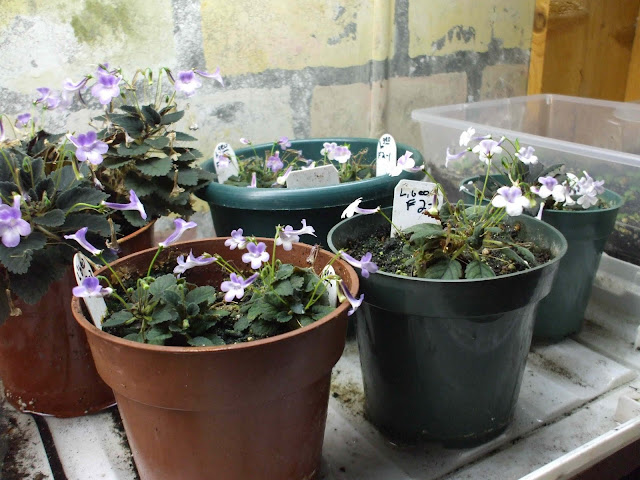 The only complaint I have had about them is they are not as vigorous as Li'l Georgie. They have been more like the grandparents, muscicola and concinna - seemingly more picky and slower.

Here are some pictures of the F2s from Li'l Georgie. 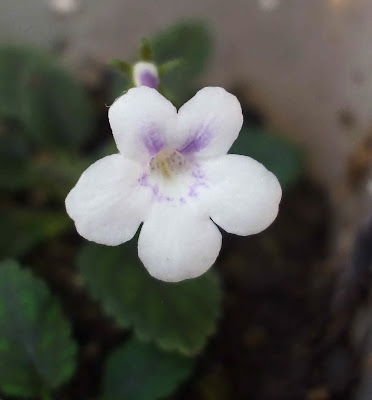 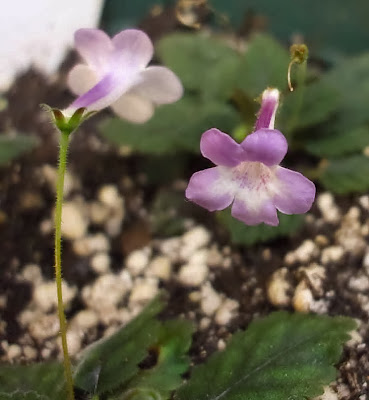 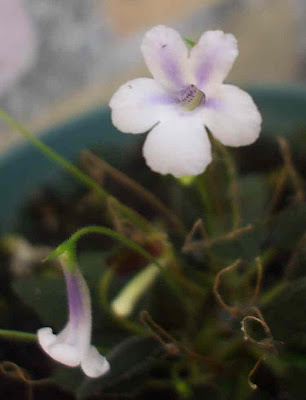 The flowers range in color from muscicola to concinna, and may or may not be spotted. The flower "shape" and size is more variable than the color. Some F2 plants seem extra tiny, too, but it's hard to be sure. Some have tiny leaves like concinna but indeterminate growth like muscicola. 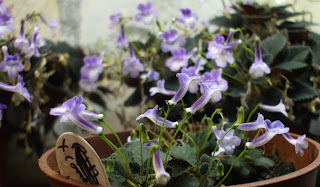 There is one purple/white individual that has smaller, almost coke-bottle shaped flowers. The picture is older but that one survived; I'm glad. 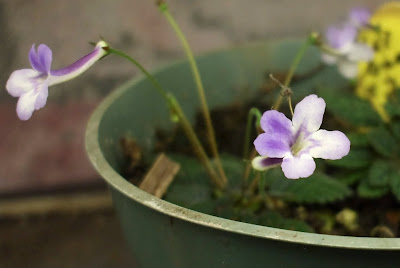 One picture shows a tiny leaved plant with long leafy stem, next to another that is very rosette and tiny with an almost Streptocarpus effect. 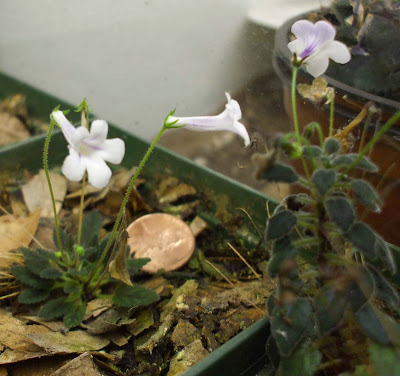 One has a cupped face that never flattens out: 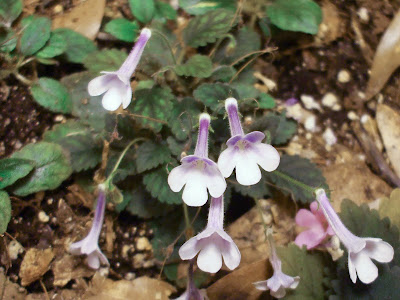 I hope someone gets an all-dark-purple individual and I also imagine the possibility of something with MORE spots than concinna, or a spots in stripes effect.

Finally, below is a picture of my (Li'l Georgie x White Sprite) plants showing one with a deformed blossom and others that have never bloomed. The deformed flower is the second flower ever on this plant in more than six months. Its first flower was not deformed and roughly resembled pusilla or ‘Bright Eyes.’ 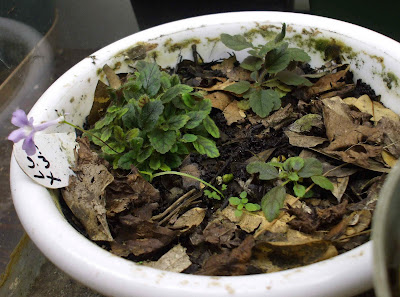