Shirley Huffman also had some wonderful plants, including the best species, Saintpaulia ionantha clone pendula var kizarae. Seems like nowadays many former species are now considered subspecies or specific clones of S. ionanatha. If you are looking for a robust trailing species to grow, seek out this variety. Shirley brought a couple for the sales table and I could not resist snapping one up. 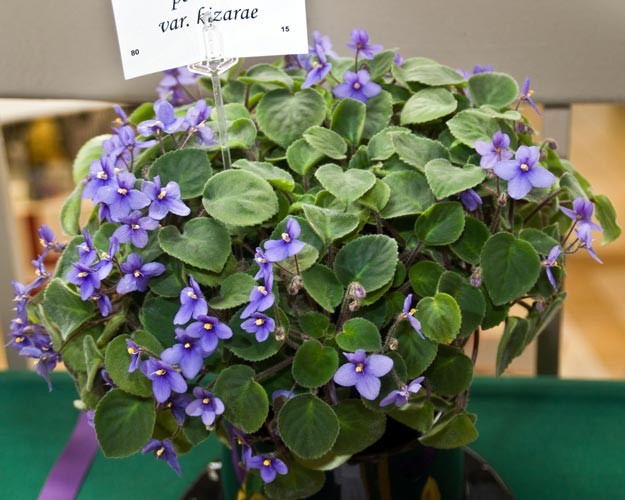 Her 'Rhapsody Dolly' was pretty amazing as well. 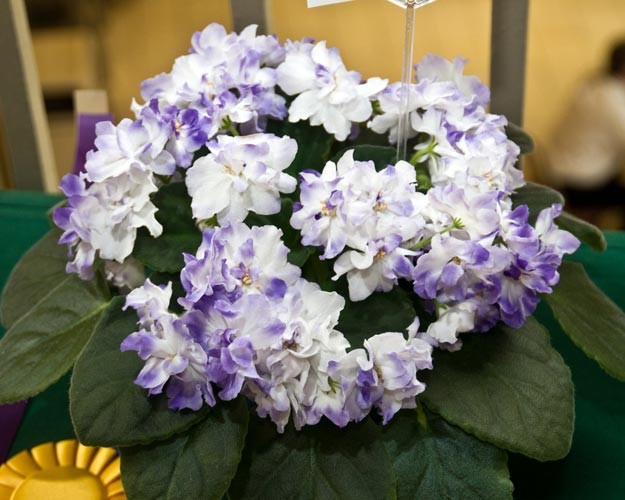 John Boggan should feel proud, because Shirley entered two of his Kohleria hybrids. 'Brimstone' won best gesneriad in show. She also entered a smaller 'Silverfeather' that had beautiful leaf coloration. 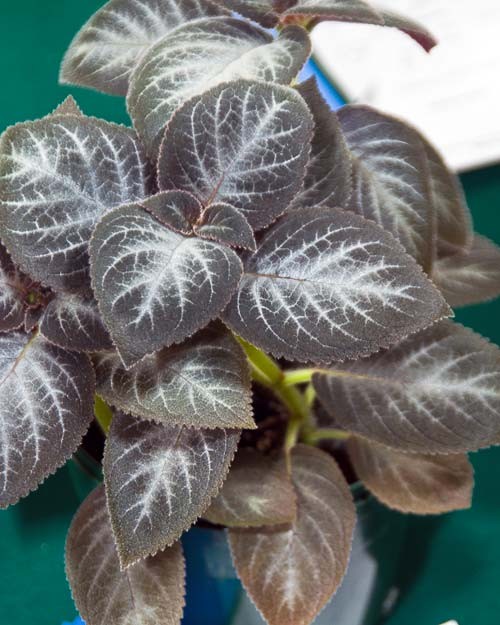 There were some large Columneas (Shirley and Andrew), Aeschynanthus longicaulis (Shirley), and lovely Episcias (Shirley in this case, but Marie and I also showed Episcias). 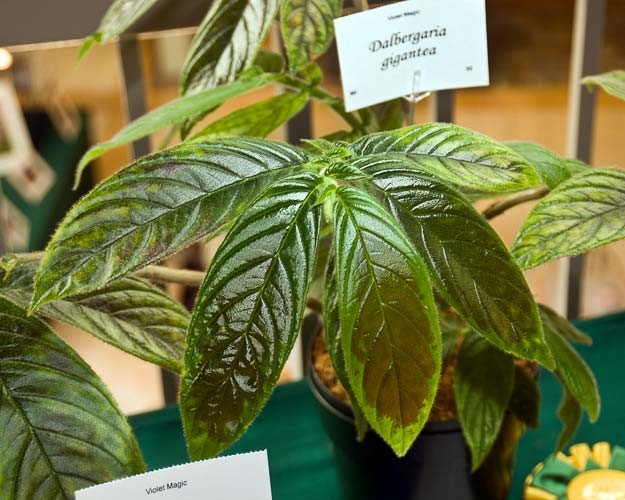 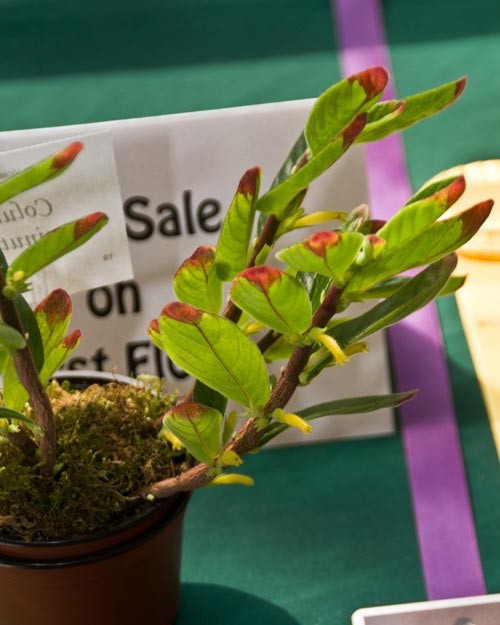 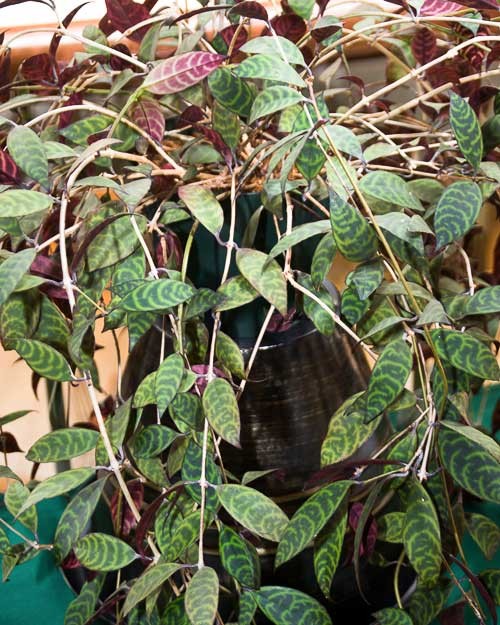 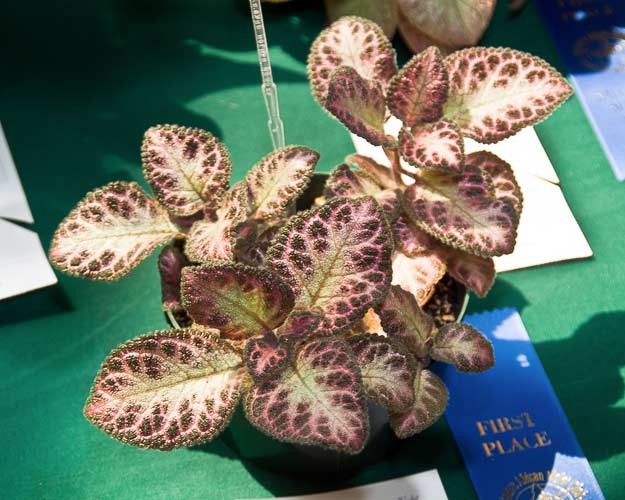 I will end this series of photos with Sinningia 'Bewitched.' This is another Peter Shalit hybrid, a parent of S. 'Tomorrow.' It is similar in that it is a peloric S. cardinalis type of flower. The outer tube is a lighter shade of color than 'Tomorrow.' 'Bewitched' is usually the more floriferous of the two I believe. 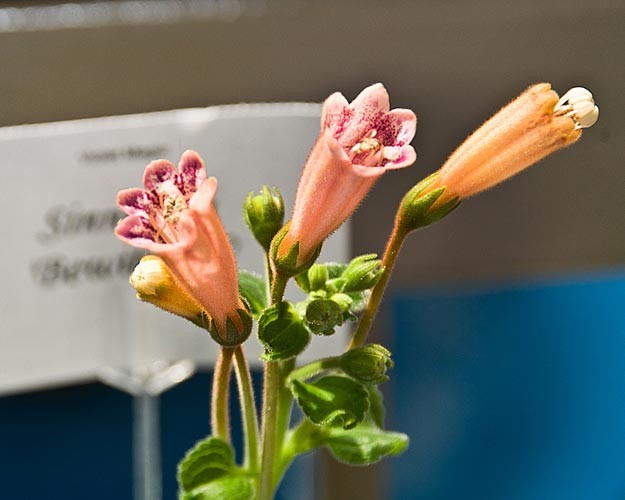 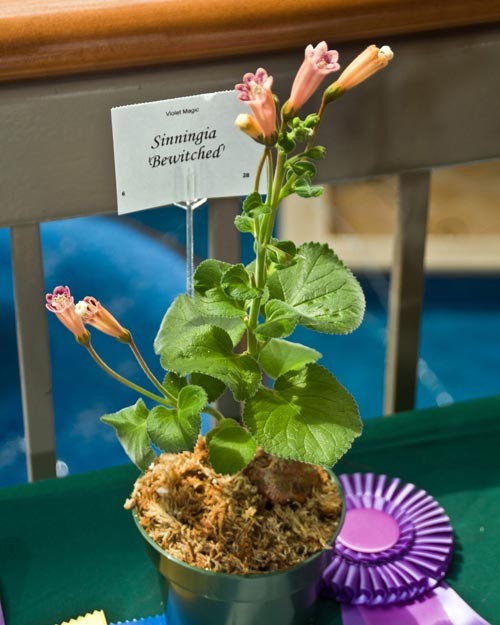 Posted by DCgesneriads at 7:10 AM